Format
The show is primarily concerned with identifying singing talent, though appearance, personality, stage presence and dance routines are also an important element of many performances. The single most important attribute that the judges are seeking, however, is the ability to appeal to a mass market of pop fans.
For series 1–3 the competition was split into three categories: Solo Singers aged 16–24, Solo Singers aged 25 and over, and Vocal Groups (including duos). In series 4–5, the age limit was lowered from 16 to 14, creating a 14–24 age group. This was split into separate male and female sections, making four categories in all: 14–24 males ("Boys"), 14–24 females ("Girls"), Over 25s, and Groups. For series 6, the age limit returned to 16, meaning the four categories were: 16–24 males ("Boys"), 16–24 females ("Girls"), Over 25s, and Groups
There are five stages to The X Factor competition:


Auditions
A round of first auditions is held in front of producers months before the show is aired, either by application and appointment, or at "open" auditions that anyone can attend. These auditions, held at various venues around the UK, attract very large crowds. The auditions themselves are not televised, but shots of crowds waving and "judges' cars" arriving are filmed and later spliced in with the televised auditions shot later in the year. The production team supply the crowds with 'home-made' signs. After waiting at the venue for hours and filming more inserts of screaming and waving, candidates are given a brief audition by someone from the production team. Should they pass that audition (either for reasons of talent or for the potential of making entertaining television) they are given a "golden ticket" allowing them to sing to a more senior production member. Only candidates who successfully pass that second audition are invited to perform to the judges. The televised version misrepresents the process by implying that the entire huge crowds are all interviewed by the judges. In series 6 (2009), the judges' auditions were held in front of a live audience, following the format of ITV's other talent show, Britain's Got Talent.
A selection of the auditions in front of the judges – usually the best, the worst and the most bizarre (described by judge Louis Walsh as "the good, the bad and the ugly") – are broadcast over the first few weeks of the show. Each act enters the audition room and delivers a stand-up unaccompanied performance of their chosen song to the judges. If a majority of the judges (two in series 1–3 or three in series 4) say "yes" then the act goes through to the next stage, otherwise the act is sent home.

Boot camp and visits to judges' houses
The contestants selected at audition are further refined through a series of performances at "boot camp" (held at a venue such as a country hotel or an arena), and then at the "judges' houses", until a small number eventually progress to the live finals (nine in series 1 and twelve from series 2 onwards). Judge Louis Walsh revealed in November 2007 that the houses the contestants visit do not actually belong to the judges, but are rented for the purpose.
During these stages, the producers allocate each of the judges a category to mentor. In early series this allocation took place after completion of the auditions and prior to boot camp, but from series 4 all four judges have worked together at the boot camp. They collectively choose 24 acts (six from each category) for the next round, and only then find out which category they are to mentor. The judges then disband for the "visits to the judges' houses" round, where their six acts are reduced to three for the live shows.

Live shows
The finals consist of a series of two live shows, one for the contestants to perform in and the other to reveal the results of the voting, culminating in one or more acts being eliminated. In the first few weeks of the finals, each act performs once in the first show in front of a studio audience and the judges. Acts usually sing over a pre-recorded backing track, though sometimes live musicians and backing singers are featured. Dancers are also commonly featured. Acts occasionally accompany themselves on guitar or piano (or mime an accompaniment), though almost always over a backing track.
In the first two series acts usually chose a cover of a pop standard or contemporary hit. In the third series an innovation was introduced whereby each live show had a different theme (for example, Motown), thus increasing the show's similarity to the Pop Idol format. This format continued during the most recent fourth and fifth series. The contestants' songs are chosen according to the theme, and a celebrity guest connected to the theme is invited onto the show. Clips are shown of the guest conversing with the contestants at rehearsal, and the guest also performs in the later results show, immediately before the results are announced. In series 1, much was made of the idea that each performer/mentor combination was free to present the performance however they wanted, including the performer playing live instruments, or the addition of choirs, backing bands, and dancers. Future series placed less emphasis on this element.
After each act has performed, the judges comment on their performance, usually focusing on vocal ability, image and stage presence.
Heated disagreements, usually involving judges defending their contestants against criticism, are a regular feature of the show.
Once all the acts have appeared, the phone lines open and the viewing public vote on which act they want to keep.
In the results show, the two acts polling the fewest votes are revealed. Both these acts perform again in a "final showdown", and the judges vote on which of the two to send home. In earlier series the bottom two contestants reprised their earlier song, but in series 5 they were able to pick new songs.
Ties became possible with the introduction of a fourth judge in series 4. In the event of a tie the show goes to deadlock, and the act who came last in the public vote is sent home.
The actual number of votes cast for each act is not revealed, nor even the order; according to a spokesman, "We would never reveal the voting figures during the competition as it could give contestants an unfair advantage and spoil the competition for viewers".
In series 3, a twist was introduced in one of the live shows where the act with the fewest votes was automatically eliminated, and the two with the next fewest votes performed in the "final showdown" as normal.
Once the number of contestants has been reduced to four (series 1 and 3) or five (series 2, 4 and 5), the format changes. Each act performs twice in the first show, with the public vote opening after the first performance.
The second show reveals which act polled the fewest votes, and they are automatically eliminated from the competition (the judges do not have a vote; their only role is to comment on the performances).
This continues until only two (series 1 and 3) or three (series 2, 4 and 5) acts remain. These acts go on to appear in the grand final which decides the overall winner by public vote.

Post X Factor
The winner of the competition is awarded a recording contract, stated to be worth £1 million, with Syco in association with Sony Music Entertainment. In series 5, this deal consisted of a £150,000 cash advance with the balance covering the costs of recording and marketing. Other highly placed contestants may also be offered recording deals, but this is not guaranteed.
In series 1–3, the premise of The X Factor was that the winner would be managed in the industry by their mentor on the show.
With music executive Cowell and managers Osbourne (quando era giudice ovvviamente ndr.) and Walsh as judges/mentors, any of the three would be qualified to do so. Following the appointment of singer Dannii Minogue as a judge in series 4, the same principle could not universally apply. In fact, when Minogue won series 4 with Leon Jackson, a new, outside manager was appointed.
It is still believed that if Cowell or Walsh win a future series then they are entitled to manage their act in the industry.
_________________________________
""The Common Market: We (British) went into it to screw the French by splitting them off from the Germans. The French went in to protect their inefficient farmers from commercial competition. The Germans went in to purge themselves of genocide and apply for readmission to the human race."
Yes Minister! 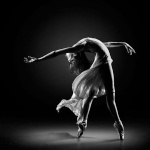 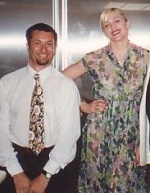 After each act has performed, the judges comment on their performance, usually focusing on vocal ability, image and stage presence.

Once all the acts have appeared, the phone lines open and the viewing public vote on which act they want to keep.

In the results show, the two acts polling the fewest votes are revealed. Both these acts perform again in a "final showdown", and the judges vote on which of the two to send home. In earlier series the bottom two contestants reprised their earlier song, but in series 5 they were able to pick new songs.


Each act performs twice in the first show, with the public vote opening after the first performance.
The second show reveals which act polled the fewest votes, and they are automatically eliminated from the competition (the judges do not have a vote; their only role is to comment on the performances).

Can you explain a italian production , like TESTEBACATE, that:

Can you explain a italian production , like TESTEBACATE, that:

?
it's WRONG WRONG to give TRIO LESCANO the elimination power 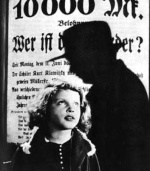