"Calling himself an "enchanter," Mr. Capossela,
one of the cleverest and most eccentric musicians in Italy, spins
enigmatic fantasies of both skid row Americana and mythological Italy
in a grittily elegant cabaret-jazz style that recalls Tom Waits and
Paolo Conte". The New York Times


"Like a mystical cross between Tom Waits and John Cleese, Capossela
limns a wry, topsy-turvy musical universe...he is known for
captivating theatrical performances".
The New Yorker

Italy's award-winning avant singer-songwriter Vinicio
Capossela brings his renown musical side show to North America
for a coast to coast string of concert offerings in March 2010. First
pitching their tent at New York City's (Le) Poisson Rouge on
March 6, the Capossela musical circus then heads north to
Canada to Montreal and Toronto on March 8 and 9,
before going west for three back-to-back debuts in Chicago
(March 10), San Francisco (March 12), and finally wrapping at
Los Angeles' El Rey Theater on March 13. No stranger to
North American audiences, "theatrical underground visionary"
Capossela's 2007 debut concert dates in the US and Canada were
completely sold-out and his showcase performances at the 2008 editions
of GlobalFEST in New York City and SXSW in Austin, Texas were met with
critical acclaim.

Capossela's 10th and most recent studio set "Da Solo" (Alone) is a
continued evolution in the artist's exploration of the relationship
between his native Italy and America. Recorded in both countries with
legendary producer JD Foster, the album features a
stirring collaboration between Capossela and NYC-based organ maverick Cameron
Carpenter, (performing on a vintage 1923 Might Wurlitzer
installed in the historic Middletown Paramount Theater in upstate New
York), and a duet with Arizona roots-rockers Calexico
tracked at their Tuscon home base. Da Solo was certified Platinum in
Italy where Capossela has been touring non-stop since its November 2008
release, including a special pair of summer 2009 double bill shows with
Calexico. A "road" documentary "La Faccia Della Terra" (The Face of
the Land) which follows Capossela during the making of Da Solo in
Milan, Brooklyn, Austin and Tuscon has been screened on Italy's film
festival circuit.
From late-January, noted label Nonesuch Records
will offer US and UK audiences a deeper look into Capossela's 20 year
recording career releasing a 17 track digital and CD compendium
entitled The Story-Faced Man, marking the iconic
Italian artist's debut available to English-speaking audiences.

Vinicio Capossela at the Union Chapel


I have been wanting to take my boyfriend to the Union Chapel to
see a gig for a while, so when I saw tickets for Vinicio Capossela I
thought it would be a good opportunity. I had never actually heard
about Vinicio before, but after scanning a few articles on him and
watching a clip or two on YouTube, I thought his theatrical performances
and 'hymn like' songs would provide a winning combination for this
incredible venue. My boyfriend and I turned up to the Chapel on a
Friday night, knowing literally nothing about this Italian phenomena and
having no idea of what to expect. Outside the venue a rowdy bunch
queued, and it quickly became apparent that we were the only
non-Italians who had thought it was a good idea to buy tickets. Inside
the Chapel we found a pew and settled down feeling a little out of place
in amongst the excited Italian rabble who were already chanting and
jumping up and down despite Vinicio being no where to be seen.
Every time I come to this Venue I love it even more: it is dimly lit and
up on the stage, in front of the alter there are dozens of church
candles, red and white, making it a spiritual musical experience. There
is a large stained glass window and a beautiful ornate decorated wooden
ceiling - all of which we got a great view of from our pew on the upper
level. The calm beauty of the surroundings were somewhat shattered when a
man on stilts, who hobbled out (looking very unstable) with sparklers.
The crowd went wild and then the man himself appeared in amongst the
furore with an eclectic bunch of men, all wearing different hats and
mastering different instruments, one of which being a saw. Vinicio
himself is clearly a talented Musician and when he was not standing to
sing at the front of the stage he would take up an organ or a piano
(with a 1950s lamp on top of it). The whole performance seemed rather
unrehearsed which gave it a certain charm.The language barrier
hadn't really occurred to me when I booked the tickets.. making me feel
even more like the only blonde in the building and I must say, not
having a clue what anyone was on about did take away from the
performance. One song did seem to have the English word 'socks' repeated
in it though, which caused my boyfriend and I to brake out in fits of
giggles - this didn't really matter as the atmosphere was buzzing and
everyone was clearly having a marvellous time. Musically it wasn't
really my cup of tea - there were three songs that I thought were
beautiful and the Saw added to a really haunting moving sound, these
were the most 'hymn like', but overall the music clearly had influences
or rock and folk. Although the lyrics went over our heads, there was a
huge amount of emotion expressed and it is undeniable that he is a
charismatic man and a passionate performer. After an hour, the
two fo us decided to take a little break (the novelty having slightly
worn off) and headed to the bar which is located in another room in the
Chapel. When we returned to the gig, everything had started to get more
than a little weird -

Vinicio had changed into a strange furry outfit
and put on a terrifying mask that seemed to have a microphone inside of
it - at this point I'm not sure if even the Italians were sure what he
was singing about as it all sounded a little shouty and hard rock like
from behind the monstrous mask. Another man was naked from the waist up
apart from an animal fur on his back and he pranced around the stage
poking Vinicio with a stick. The man on stilts was back and was wearing a
straight-jacket, and another man poked him and tried to make him fall
down.. everyone seemed to be drunk and from where we sat above the
stage, if felt a bit like we were looking down on some Bacchic
ceremony..

I think there was clearly some sort of point that we must
have been missing. Fearing that we may be sacrificed, we made a swift
exit - my last memory was of the stilt man taking a tumble into the
crowd and everyone applauding as the madness on the stage continued. We
left on a high, perhaps more to do with the sheer craziness of the
evening than the music itself. The venue is fantastic and although not
really my cup of tea it is clear Vinicio is a talented and interesting
man who must be doing something right as he enchanted the Italians in
the audience.

The language and cultural barrier meant that we
definitely couldn't really get into and felt a bit like outsiders, but
it was an experience, overall multo buono!

Global sounds of the 21st century 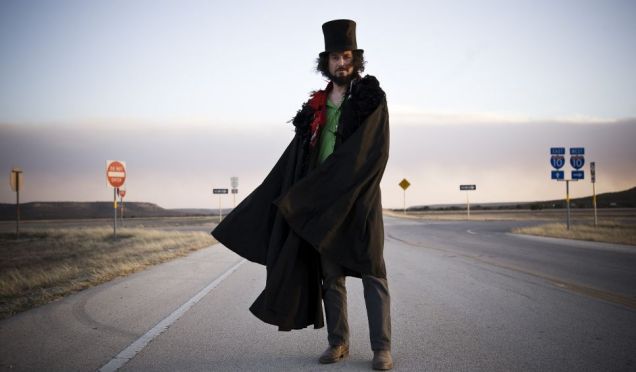 That’s partly understandable; many Italian rockers display a taste
for schmaltz and formaggiopomp that makes Coldplay seem cutting-edge.
However, it also means we’ve risked missing out on mighty talents like
Milan-based maverick star Vinicio Capossela.Happily, it sounds
like his crossover opportunity has come with introductory compilation
The Story-Faced Man (Nonesuch)
and the fact he’s finally begun playing live in Britain, his recent
London gigs a blast for savvy fans.It doesn’t entirely suffice to
describe Capossela as a singer/songwriter; he’s also a rambunctious
raconteur, novelist, multi-instrumentalist and circus ringmaster-style
performer whose theatrical flair and globetrotting inspirations really
come across here.

Capossela is a restless entertainer, as proved by the jittery
raunch of Il Ballo Di San Vito, but he holds attention even as he flits
from the garage-rockin’ mythology of Brucia Troia (Burn Troy!) to rich
piano ballads, polkas, the Russian techno-pop of Moskavalza and cocktail
smoothie Con Una Rosa.

This collection promises a grand new chapter for a fabulous
maestro. 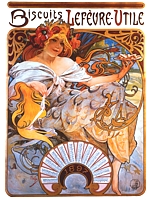